In his tragically short life, Chris Whitley was a prolific singer and songwriter. Before succumbing to lung cancer in 2005 at the age of 45, Whitley recorded 12 albums over a 25-year period. He’s also probably the best blues artist you’ve never heard of. The restless Texan was hard to pin down as a musician, but at his core, he infused the hellhound blues of Robert Johnson with some outlaw country and judicious jolts of rock and roll.

Never was his vision more perfectly realized than on his debut album, Living with the Law, a masterpiece of barely contained restraint. Whitley arrived as a recording artist as if fully formed. His tenor voice would slip effortlessly in and out of a glorious falsetto, escalating the drama of his songs.

On Living with the Law, danger lurks around every corner; whether it’s the “brother running powder money” on the title track, “the Poison Girl” of the album’s second single, or the threat of another femme-fatale to use his body like “carrion crow” on Dust Radio, every track on the record is infused with characters on the margins taking the law, and their lives, into their hands.

Even on the album’s signature track, the relatively straight love song Big Sky Country, Whitley and his lover won’t be free to live their lives until “this is over, over and through.” It’s the most hopeful track on the record, but it’s hard not to believe that it’s false hope – the kind people traffic in when they just need to get through the day.

The threat of consequences abounds on Living with the Law. Phone Call from Leavenworth invokes the infamous Kansas penitentiary, while I Forget You Every Day is the consequence of a broken relationship. The two tracks are not explicitly linked, but there’s an intuitive connection: an imprisoned man would try to forget his girl on the outside if the time in front of him is likely to be long.

The album closes with the track, Bordertown, which as Whitley puts it is “the gateway to some other side” that he has to “get across.” The belief being – if only I can clear this chasm, I will end up in a better place. But the final verse puts that hope to rest, as Whitley mournfully sings,

All may not be lost, but in the words of one of Whitley’s greatest influences, Bob Dylan, “It’s not dark yet, but it’s getting there.”

The release of Living with the Law was met with raves from the music press. It was a grand statement by a fresh new talent with a singular voice. While the record’s sales were modest, the promise of greater success seemed sure. I was running a small record store at the time of Law’s release. On Monday evenings we held a Jazz and Blues night. We’d play Miles and B.B. with some Coltrane and John Lee Hooker, and I’d always play Living With The Law. It never failed to sell off a couple copies.

However, as if living the troubled life he wrote and sung about was a necessary part of his artistic journey, Whitley’s own path turned darker.

His follow up album, Din of Ecstasy (now out of print) was an oft-brilliant but shambling, discordant record that all but buried itself – and metaphorically, his debut – in a storm of amplifier feedback. Unlike his first album, Din of Ecstasy had a desperate, almost flailing feel – the sound of someone barely hanging on. The song lyrics were laden with tales of drug abuse; stories that Whitley knew all too personally as he struggled with addiction himself. Din of Ecstasy is a wild ride with several great songs, particularly its apt opener, Narcotic Prayer, which includes this worrisome stanza:

The rest of Din is equally harrowing and infused with a grungier sound. In fact, the third track, Know, would not have been out of place on Alice in Chains’ great, stripped down EP from 1994, Jar of Flies. Whitley was clearly aware of the modern rock/alternative scene at the time, as Din includes his first cover song: a rustic version of The Jesus and Mary Chain’s ode to Heroin (naturally), Some Candy Talking.

Din was extremely un-commercial; so different from its predecessor, and so misunderstood (some of the reviews at the time were withering), that it stopped his career cold.

That’s not to say that Whitley wouldn’t go on to make many more records in the remainder of his career. As with most artists, you only get one bite at the apple – one shot to become a financial success, and Whitley missed his.

His third record would be his last on a major label. Terra Incognita (also out of print) was an amped up, electric guitar heavy attempt at recapturing the appeal of Living with the Law. And it should have worked. The fiery Automatic had a huge chorus and the type of crunching guitar that played well on alternative radio at the time. The spellbinding Aerial, with its swirling riff and rhythm was a head-spinning piece of music. Power Down, with it’s heavy power chords was ready-made for 90’s rock radio. Best of all was the heart-rending Weightless – the track that would have been most at home on Living With The Law – a song about how we are all at the mercy of happenstance.

Sadly, the record never went anywhere, and Whitley lost his record deal. As if he knew he only had eight more years to live, Whitley produced new music at breakneck speed. When he could afford no band, he made an album called Dirt Floor which includes only his voice, an acoustic guitar, and a foot stomp. A live album followed where he was, once again, completely solo. Both are memorable for how much sound and emotion they produce with so little accompaniment.

He got one last chance at the big time when Dave Matthews signed him to his own label, ATO in 2001. Instead of delivering a record that played it safe and down the middle, Whitley went all-in with his most experimental record yet, Rocket House – an album built upon tape loops, samples, and drum machines. It was a… challenging record. The kind of album one might describe as an honorable failure. But when it worked, as it did on its opening track To Joy, it all but created a new sound. Trip-hop blues was never a thing, but in his hands, you can see how it could have been.

After Rocket House’s failure, Whitley returned to lo-fi production on a series of fine albums that culminated with Soft Dangerous Shores in 2005. Whitley would die later that year. Three posthumous releases would follow. All of them worth hearing and owning.

My personal favorite is his 2007 collaboration with Australian blues artist, Jeff Lang, Dislocation Blues. The album is a mix of each man’s originals and some well-chosen covers. Hearing Whitley sing Prince’s Forever in My Life, over a warm shuffle is a lump in your throat event. He eschews the original’s more playful aspects and sings it straight,  with a more mournful take on the song. Even better is his duet with Lang on Dylan’s, Changing of the Guard, an unrushed and powerful six minute and 42 second recording that, at the risk of speaking blasphemously, is superior to its source.

After his death, his family created a Kickstarter campaign to raise funds for a documentary. You can find a page for “Dust Radio: A Film About Christ Whitley” on the Internet Movie Database. How one actually sees the film is an open question. The web site for the movie has not been updated since 2012 and the Facebook page seems abandoned. Perhaps it’s another example of Whitley getting so close to the appreciation he deserved only to once again, fall short.

His legacy does live on through his daughter, Trixie, a marvelous singer/songwriter in her own right, who, like her father, is still waiting to be discovered.

While Whitley never achieved the level of success he and his small, dedicated cadre of fans may have wished for, his artistic accomplishments speak for themselves. Upon his passing, John Mayer said, “[Whitley’s] somewhat prostrated place in pop culture earned him a sidebar of an obituary, but to those who knew his work, it registers as one of the most underappreciated losses in all of music.”

What’s particularly sad that Mayer’s statement still holds true today. It’s a lonely thought: to have been a great artist and seldom recognized as such during your life. Fourteen years have passed since Whitley’s death, and his place in music history remains unchanged, and mostly unremembered.

That’s an even lonelier thought. Lonelier than God, as someone once sang. 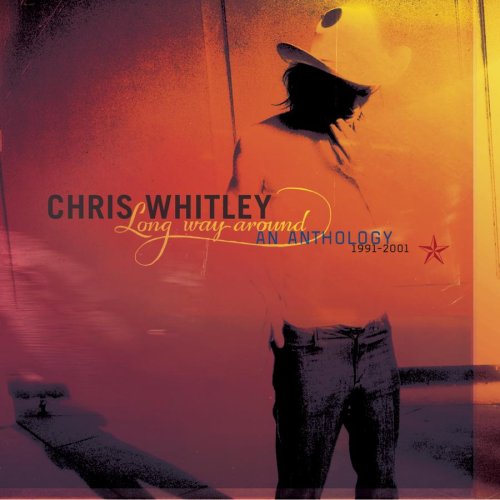